This article emerged as an attempt to provide a more in-depth response to the following question, posted by Ivan on the MozDevz group on Telegram:

What’s the difference between a Mock and a Stub? Can anyone make this clearer?

— Ivan Bila, on the MozDevz group on Telegram

In order to ease understanding by all, I’ll start by providing a bit more of context as to what he’s talking about — test doubles — , why we need them, and when we should use them. Then, address the question more directly by providing A taxonomy of test doubles.

What are Test Doubles

Test Double is a generic term for any case where you replace a production object or procedure with another for testing purposes. In automated unit testing, a test double replaces an object on which the System Under Test (SUT) depends on.

Test doubles are popularly (and incorrectly) called Mock objects, but in reality, a mock object is a very specific type of test double.

The word "mock" is sometimes used in an informal way to refer to the whole family of objects that are used in tests. They are called test doubles.

…​They were introduced at XP2000 in a paper called Endo-Testing: Unit Testing with Mock Objects, and it took a long time after that for them to gain popularity. Their role in software development was still being fleshed out in 2004 when Mock Roles, Not Objects was published.

The key reason for tests doubles is to help us design how our objects communicate. They help in verifying indirect output of the SUT, by checking that it interacted with it’s (direct or indirect) collaborators in an expected way. We do that by replacing the objects the SUT depends on with doubles that record how they are called, such that, we can check if the SUT interacted with it’s dependencies as expected or not, if it did it at all. This is illustrated in the figure below. 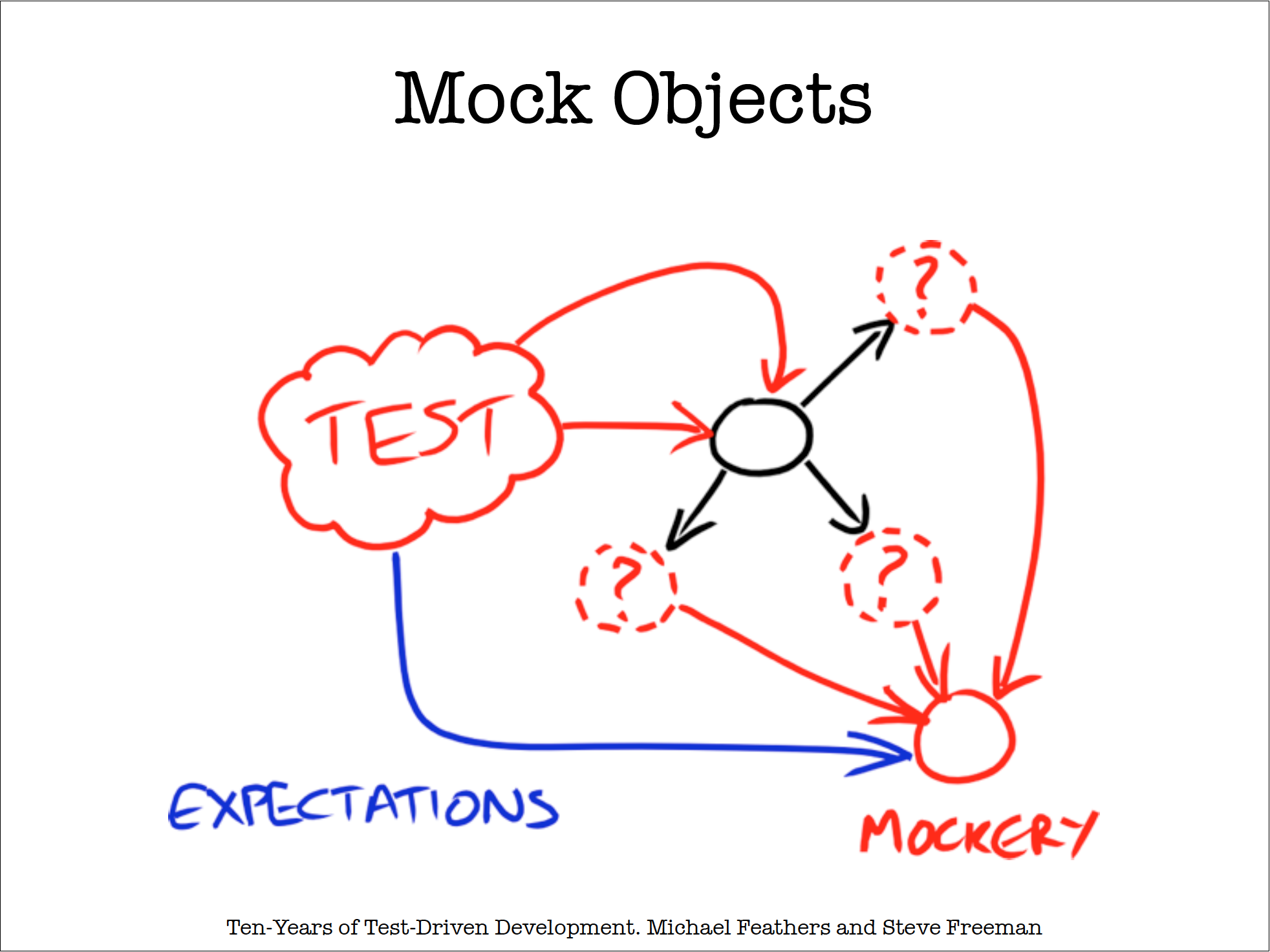 Figure 1. Test code stimulating the SUT and checking expectations on test doubles through a Mockery

Mock objects help us move from state-based testing to interaction-based testing, where rather than looking at the objects' state, we look at their interactions and behaviour. This stops us from having to add unneeded getters to our code just to be able to assert they have the right state.

Another reason we use test doubles is for code isolation (Read the "A warning about over-isolating, specially through Mocking" section below before jumping to conclusions). When we’re testing code that depends on another class, we provide the object with a double instance of that class, instead of a real object. That way, we’re making sure that our test will only fail if the SUT is broken, and not if one of it’s dependencies is broken.

Doubles also allow us to replace/override/patch some functions on objects so that we can ease testing. An example of that is when you have written an encoding algorithm which you want to test. This algorithm uses a function getRandomPrime() from another class (in this example RandomGenerator). For testing the encoding algorithm you need to know the value of the parameters and the resulting return value for your assertions. To solve the problem, that the return value depends on a random value you can "stub" the class RandomGenerator and tell the function getRandomPrime() to return 7 every time it’s called during the test.

Summarizing, the typical reasons for using test doubles may include:

Sometimes it is just plain hard to test the system under test (SUT) because it depends on other components that cannot be used in the test environment. This could be because they aren’t available, they will not return the results needed for the test or because executing them would have undesirable side effects. In other cases, our test strategy requires us to have more control or visibility of the internal behaviour of the SUT. When we are writing a test in which we cannot (or chose not to) use a real depended-on component (DOC), we can replace it with a Test Double. The Test Double doesn’t have to behave exactly like the real DOC; it merely has to provide the same API as the real one so that the SUT thinks it is the real one!

When working with Test Doubles it’s important to make a distinction between allowances and expectations.

Expectations describe the interactions that are essential to the protocol we’re testing: "if we send this message to the object, we expect to see it send this other message to this neighbor".

Allowances support the interaction we’re testing. We often use them as stubs to feed values into the object, to get the object into the right state for the behavior we want to test. We also use them to ignore other interactions that aren’t relevant to the current test.

All expectations must be met during a test, but allowances may be matched or not.

Depending on the tools we’re using it may be very explicit which is which, — for instance, In JMock and Mockery the language is very explicit, but Jasmine and Prophet not so much — but what’s more important is the concept and having in mind what each other is.

A taxonomy of test doubles

Terms like fakes, mocks, and stubs are often used interchangeably, however they are not the same. Each replaces a real object in the test environment but the behavior can be quite different:

Replaces an object typically as an input to fill parameter lists, that isn’t used in the test but is needed for the test setup (arranging).

It’s methods just return null or comply with their signature, i.e. if it must return a string, it will return an empty string.

You pass it into something when you don’t care how it’s used.

The example we’re going to use if of a simple login system, that requires an authorizer object to check for acceptable username/password combinations. Our SUT is the System.

We’ll be using Prophecy, and simply put, the way it works, is by having a prophet specify/"predict" the future behavior of objects of interest (prophecies) and then later check that the predictions were met or not. PHPUnit has built-in support for Prophecy and we can used it in our tests by accessing the variable $this→prophet.

Provides a preset (canned) answer to method calls that we have decided ahead of time, usually not responding at all to anything outside what’s programmed in for the test.

With stubs, you don’t care how many times (if at all) the stub is called. Stubs are used to provide "indirect input" to the system under test.

Acts as a higher level stub, that allows us to also record information about what happened with this test double and how it was called (by the tested code). One form of this might be an email service that records how many messages it has sent or a login service that records what parameters were use to call a method on it.

It records what functions were called, with what arguments, when, and how often.

They can throw an exception if they receive a call they don’t expect and are checked during verification to ensure they got all the calls they were expecting.

Replaces an object for which we need a simplified version of the original/real object, typically to achieve speed improvements or to eliminate side effects.

Fake objects actually have working implementations, but usually take some shortcut which makes them unsuitable for production (an InMemoryRepository is a good example).

Unlike other test doubles, no mocking framework is used to create fakes.

I’ll refrain from showing a coding example, as I think the idea is very clear for this one. If you’re testing something that interacts with nukes, don’t launch the bloody nukes, use a paper fake for now.

Put in a simpler way:

Just to further clarify Spies and Mocks are similar, the difference between them is that, with Spies we use them and then check expectations afterwards; while with Mocks we define the expectations beforehand and only then we use them

A warning about over-isolating, specially through Mocking

Due to wrong influences, many people fall for relentless isolation and end-up finding solace in test doubles as their magic tool for helping in isolating parts, yet they’re just painting themselves into a corner with a painful cost to get out from.

Mocking is about object communication and interface discovery, using it for isolation, specially from 3rd party code is a misuse, in fact a general rule of thumb when mocking is "do not mock what you don’t own". Wrappers and Anti-Corruption Layers are more appropriate tools for avoiding contamination by 3rd code than mock objects.

Additionally, over-mocking can usually have the effect of duplicating implementation code in the tests as we try to mock the behaviour of objects. This code quickly gets outdated as we change the production code, and give us the work of trying to keep production and test code in sync. We should refrain from this and try as much as possible to use real collaborators when possible, as Sandi Metz and Katrina Owen put it:

When your tests use the same collaborators as your application, they always break when they should. The value of this cannot be underestimated

The bestest — pun intended — resource on Mocking is the Growing Object-Oriented Software, Guided by Tests (GOOS) book by Steve Freeman and Nat Pryce. They’re the pioneers of the technique and better than anyone took the time to distill their experience with using Mock Objects in the book.

With that said, I can’t recommend more the following two talks, they’re made by the very pillars of testing in PHP community.

Recommended Video on Mocking: Design how your objects talk to each other through mocking - Konstantin Kudryashov

Recommended video on not over isolating through mocking: Lies You’ve Been Told About Testing - Adam Wathan - Laracon Online 2017

So what do you say, guys and gals, Ivan, is it clear now?

1. If you wonder why I didn’t use PHPUnit’s built-in mocking facilities, it’s because they’re pretty much only there to keep backwards compatibility. Sebastian Bergmann — the creator of PHPUnit — himself has said he does not recommend using them, and suggests we use Prophecy, so much so he added "native" support for it onto PHPUnit.